Press Release
NEWKIRK — The Newkirk Community Historical Society has been busy preparing for the storytelling portion of Charlie Adams Day, and Melanie Miller has prepared the documents for an Oklahoma Humanities Grant.
The six characters have been researched and the tellers have been busy learning their scripts. A special for this year will be the Kaw Nation students who have been learning their native language. They have named their presentation, “Team Taje’ Sage in Memory of Mary Pat Branch.” This will be a very special presentation.
District Attorney Brian Hermanson will portray Ed Korns. Hermanson is one of the premier tellers, having portrayed many former Newkirk citizens. He has also been involved in the Ponca Playhouse.
Ed Korns, was a very interesting early-day citizen and a peer of Charlie Adams. Just after the opening of the Cherokee Outlet, he moved his family to a farm near Newkirk, but was not very successful in that venture. He had worked in the newspaper business since he was 11 years old. Coming to Newkirk, there were already four weekly newspapers and no one could afford to hire him at a living wage. So, he started another newspaper.
Theodore Roosevelt appointed him as postmaster for Newkirk. He never missed a Republican convention since the organization of that party in this state.

To learn more about this man, please visit the Charlie Adams Storytelling.  It is free and is guarantee that it will be entertaining and everyone will learn a bit of history of their hometown, state and nation. 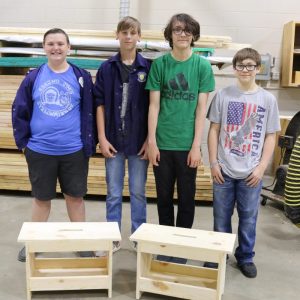 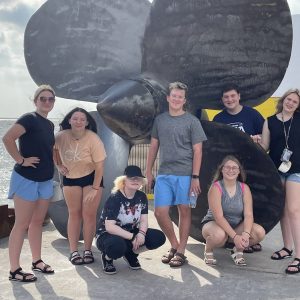