Veva Joe Spore, longtime Newkirk resident, died Sunday evening, May 5, 2019 in Ponca City at her son and daughter-in-law’s home.  She was 97.

The daughter of Ashby DeBard and Velma Mae (Ash) DeBard, Veva Joe was born April 8, 1922 at Glencoe, Okla. Her earliest years were spent in Glencoe. The family moved to Stillwater, Okla. where she attended first and second grades. While in Stillwater, her mother married Joe Lucksted, and eventually Veva Joe had two sisters, Gail and Pat.

On April 13, 1941 Veva Joe and Sylvester Steven Spore were married in Stillwater. They established their first home in Wichita. She began working as a machinist at Boeing while her new husband began a job with Cessna Aircraft Plant. After the war the couple moved back to the Newkirk area and to the house where he was raised, and there they raised their five children.

In addition to raising their children and working with her husband on the farm, Veva Joe’s work history includes employment at R&G Style Shoppe and working as a substitute teacher in the Newkirk school system. Later she was employed as a 1-A  nurse’s aide at the hospital in Ponca City, retiring after 15 years of service and care.

Veva Joe has always been active in her church life. She, Vester and their children were members of the First United Methodist Church all through their growing years. Later she and Vester attended Christ’s Church, and in her later years she attended the First Assembly of God. Through these years, she held various offices in church and women’s groups in the church. She also held and led Bible Studies at church and in her home. Veva Joe was a longtime member and past president of the Bois D’Arc Club. She worked for a Hospice Help Line answering phones, and she also worked for the Election Board for a number of years. She enjoyed going hunting and fishing with her family, but especially coyote hunting. She crocheted afghans for each of her grandchildren, and she gave fork, knife and spoon sets to all the great-grandchildren. Her greatest joy was her family life with her husband and raising their children; becoming a grandparent, then great-grandparent and finally a great-great-grandparent. She was always interested in the happenings in her family and what was important to each of them.

Preceding Veva Joe in death were Vester, her husband of 59 years on Feb. 5, 2000; her parents and step-father; her half sister, Gail Frances Kersieck; and a grandson, John Spore. Cremation has been effected. A Celebration of Life will be held at 10 a.m. Monday, May 13 in Christ’s Church with the Rev. Doug Scott, minister of Christ’s Church and the Rev. John Newland, minister of the Assembly of God officiating. Interment will take place at a later time in the Newkirk Cemetery. Miller-Stahl Funeral Service is in charge of arrangements.

In lieu of flowers, the family request that contributions be made in Veva Joe Spore’s name to the First Assembly of God, 424 S. Main, Newkirk, Okla. 74647-6510.

In planning her own funeral, Veva Joe requested a Celebration of Life, making it a joyous gathering of family and friends, all dressed in bright colors, because it isn’t a sad time but a time of celebrating her going home. 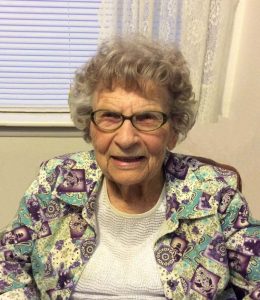 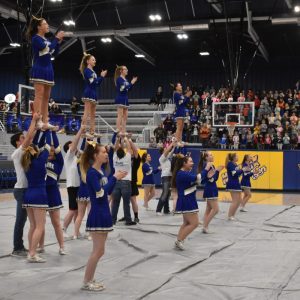