MOUNDS, Okla. — The Newkirk Tigers and Lady Tigers basketball teams both hit the road to Mounds, Okla. Jan. 20 – 23, and both returned home with tournament trophies, including a first place win for the Tigers.

Tigers Head Coach Mark Huster is pleased with their success at the tournament.

“I think it went great,” he said. “We played some pretty good teams.”

The team opened against the Summitt Christian Academy Eagles, Broken Arrow, Okla. Thursday night, which would become the first of three victories, 60 – 46.

“We jumped out pretty early, and had a good lead,” he said. “In the second half, we did some substitutions, and we played well.”

The second victory was against the Porter Pirates, 72 – 69 Friday.

“We got out early, and had a good-sized lead at the second half. They started fouling, but we couldn’t’ make free throws,” he said.

The final victory for tournament championship was against the Wewoka Tigers, 62 – 59.

“It was pretty close all the way through,” he said. “We were up 16 at the half. The other team made a rush, and got back in the game. We also lost a lot of free throws, but we got the victory.”

Huster is happy with the championship, especially the seniors, as they played some the best the whole season.

“I felt good for the kids, and their parents. This is the first championship win in eight years,” he said.

The Lady Tigers also had a strong showing, earning third place in the lady’s bracket.

The Lady Tigers opened against the Haskell Lady Haymakers, beating them 43 – 37 in their first of two victories.

“We started out playing the game great, and scored consistently each quarter,” she said,

She added adding that the third quarter was somewhat lackluster.

“We had one quarter defensively where we let them score too much, but overall we had a good game,” she said.

The second game was their one loss, against the Porter Lady Pirates.

The game wasn’t all bad, however, as they made a comeback in the second half.

“We had a bad first quarter, but fought our way back,” she said. “I was very proud of their effort.”

The Lady Tigers faced the Mounds Lady Golden Eagles for the final game of the tournament winning 37 – 23 for third place.

“We started out a little sluggish, and picked up as the game went on,” she said. “They got after it in the second half, which is good.”

Schieber is optimistic from recent games, and believes they will be ready when playoffs start Feb. 18, in only three weeks.

“I’m very happy. I thought we showed up and played some of our best basketball so far,” she said. “This is something to work toward for playoffs.” 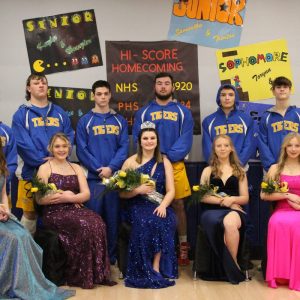 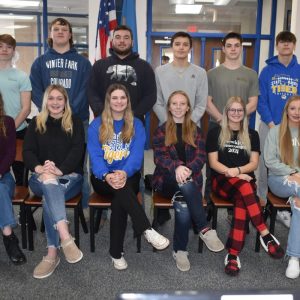 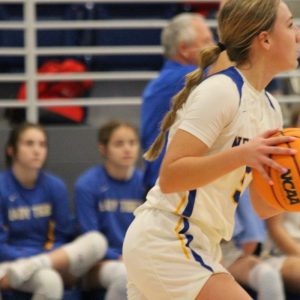