Four wrestlers battled over the two day tournament, three of whom came home with medals.

Seniors Dayton Cary, Ryan Locke, Austin Peri and Stormy Mann had a combined record of 122 wins and 33 losses, making their winning percentage between the four wrestlers 79 percent. Mann dropped his wrestle in match during the first round, effectively ending his season.

“Stormy was an unbelievable athlete that tremendously helped our team. We loved having him and he will be greatly missed next season,” said Head Coach Bryan Dutton.

Cary had a very competitive tournament, going 2-2 finishing his senior campaign with a fourth place finish.

“Dayton had a gut check moment after dropping a heart-breaking overtime loss in his semifinals match to the eventual state champion, but bounced back, beating a Comanche opponent to get into the placing rounds,” Dutton said. “Dayton was a very fun wrestler to watch compete. He always gave it his all every match and we will greatly miss his competitiveness next season.”

The third senior was Locke, who had gut wrenching knee injury in his semifinals match.

“Locke’s state tournament could have been written into a movie script suffering a torn meniscus in his semis match to a kid we thought we were going to beat, but we had to medically forfeit and regroup for Saturday,” Dutton said.” After having a doctor literally tear his knee back into place so Locke could walk again, he wrestled for third place against an opponent who beat him earlier in the year. Locke pinned him in under a minute and our coaching staff went crazy making it arguably the highlight of the tournament.”

Last but not least, Peri finished his senior season with a silver medal by making it to the state finals. Peri, who’s only losses in all of 3a came from the same opponent twice and eventual state champion from Comanche.

“Peri is a great kid and was a great leader for our program. He always did what was asked of him and did it to the best of his ability. As good of a wrestler as he is, Peri is an even better person who will go on to do great things at whatever he decides to do,” Dutton said. “All of our seniors will be sorely missed next season and on behalf of our coaching staff we thoroughly enjoyed coaching every single one of them.” 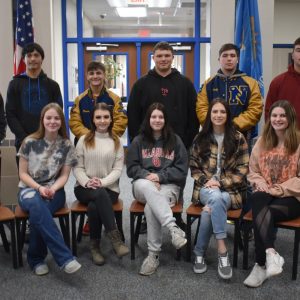 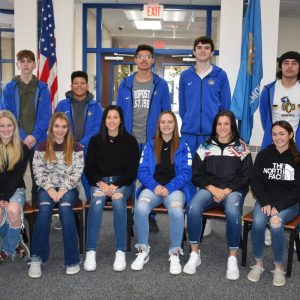 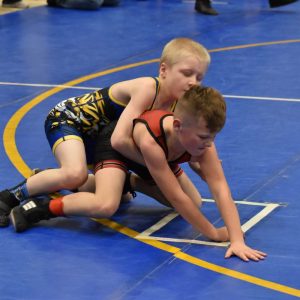