NEWKIRK — The Newkirk Tigers will be heading to Tulsa this weekend to take on some top-ranked teams across the state at the Owasso Ram Duals. Some teams include Perry, Allen, Texas, Goddard, Kan., Sand Springs, Shawnee Heights, Kan., Mustang, Okla. and Comanche, Okla.

“This weekend will be packed full of tough matches for our kids,” said Coach Bryan Dutton. “There will be times when we will be severe underdogs, but wrestling tougher competition like this will only make us better prepared for the regional and state tournaments.”

A few notable Newkirk wrestlers are making big statements across the state thus far into the season. Dayton Cary has a record of 17-3 with 34 takedowns under his belt and is looking good right now for the Tigers.

“Dayton is a phenomenal wrester and has looked pretty good so far,” Dutton said. “He needs to continue to get better and stay on his legs attacks, but we are pleased with his performance at this point in the season.”

Another wrestler barreling his way through his competition is Austin Peri, who is 17-2 with a team high fifth place finish at the Cushing tournament a few weeks ago.

“Peri is a great kid and leader for our team. He hasn’t been beat by anyone in his class and his only two losses so far have come from a 5A wrestler,” Dutton said. “We have high hopes for Peri, and we expect him to continue to dominate the way he has all year at the regional and state tournament.”

Lastly, Ryan Locke has had arguably one of the best seasons so far, going 20-5 while scoring 160 total points on the year.

“Locke is an extremely hard worker, who has made more strides than any wrestler we have,” Dutton said. “If he stays healthy and continues to work hard there is no reason he shouldn’t be on top of the podium at the state tournament.” 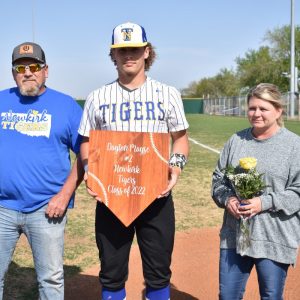 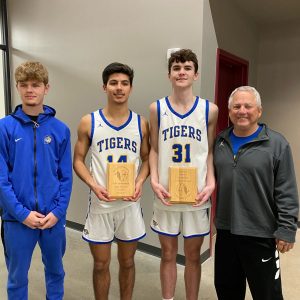 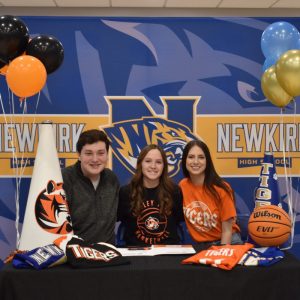