NEWKIRK — The Newkirk Public School Board of Education convened for a special meeting Tuesday evening, April 30 and voted to hire several new faculty members for the 2019-2020 school year.

Faulkner is the brother of NPS band instructor Josh Faulkner. He previously taught music one year at Turpin Public Schools. He will assist with the Newkirk High School band.

Engle is the spouse of NHS Principal Kevin Engle and will serve as an elementary school teacher. She has worked for numerous northern Oklahoma schools, including a teacher at Tonkawa four years and the librarian at Adams Elementary School in Enid. She has also taught at Ponca City, Mounds and Warner. 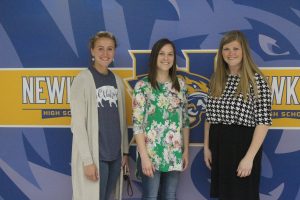